A 63 year old female presented with atypical angina. Physical examination was unremarkable.
Electrocardiogram was normal and the echocardiogram revealed a structurally normal heart.
CT coronary angiography was performed and is presented below. 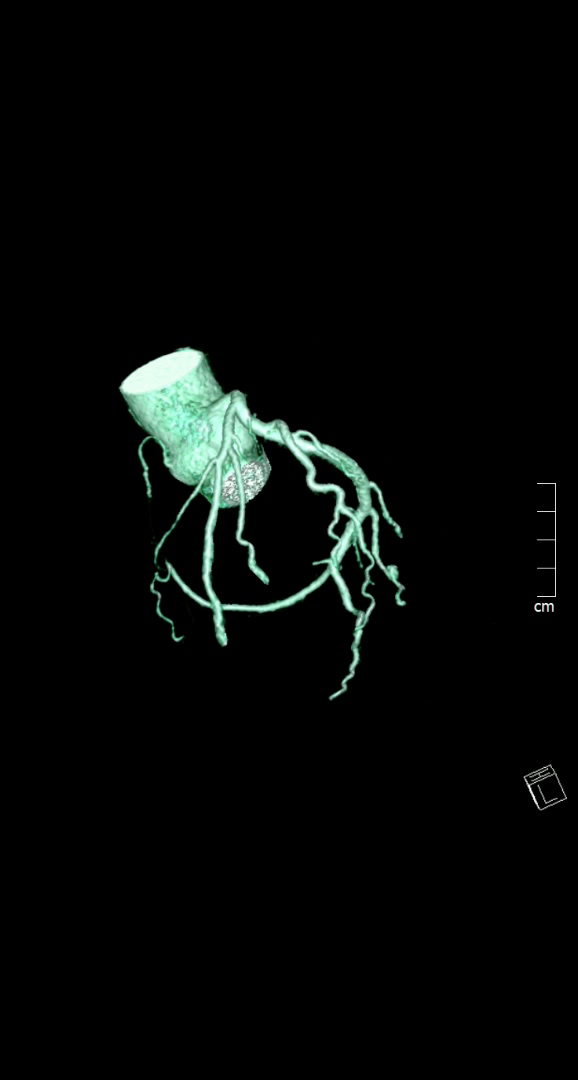 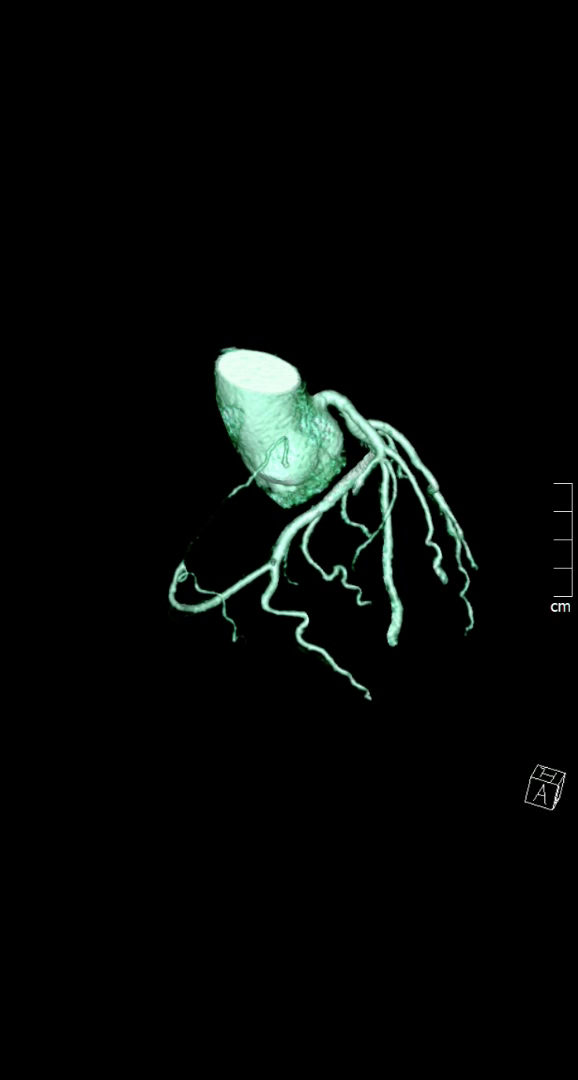 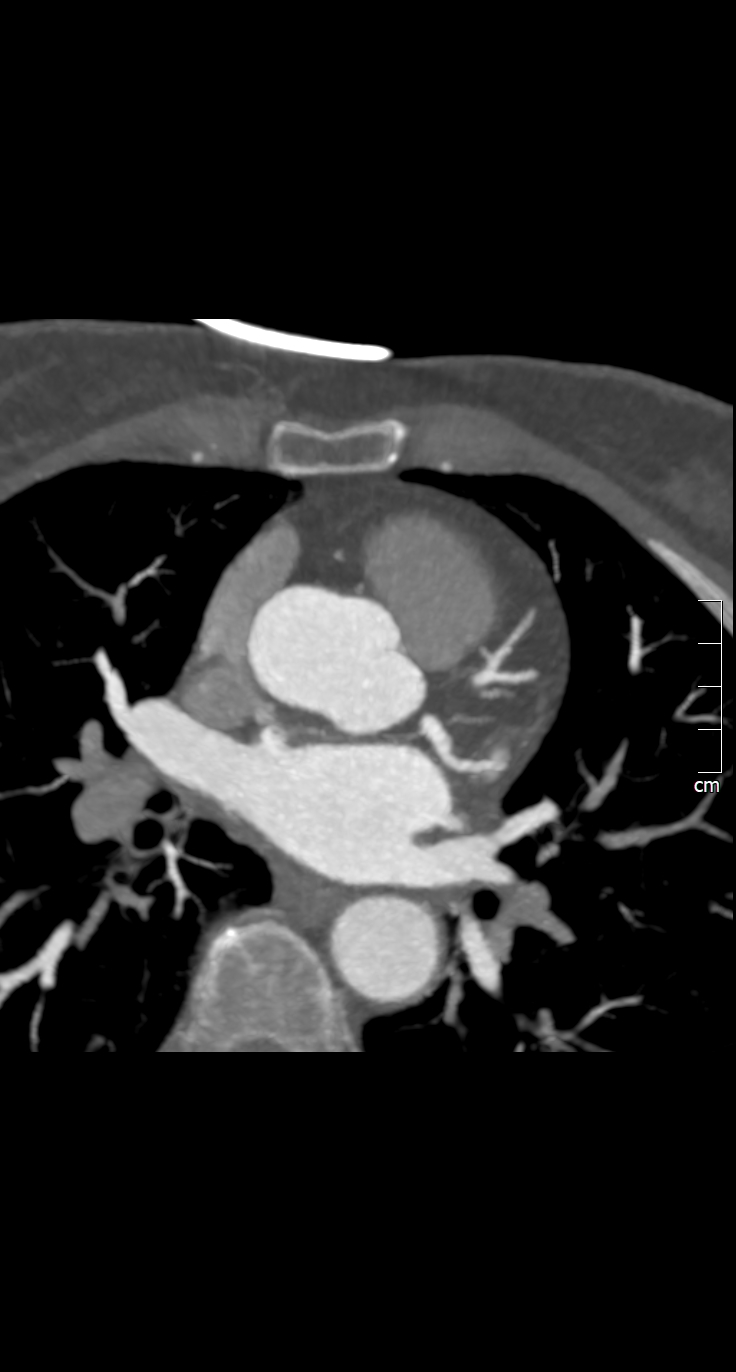 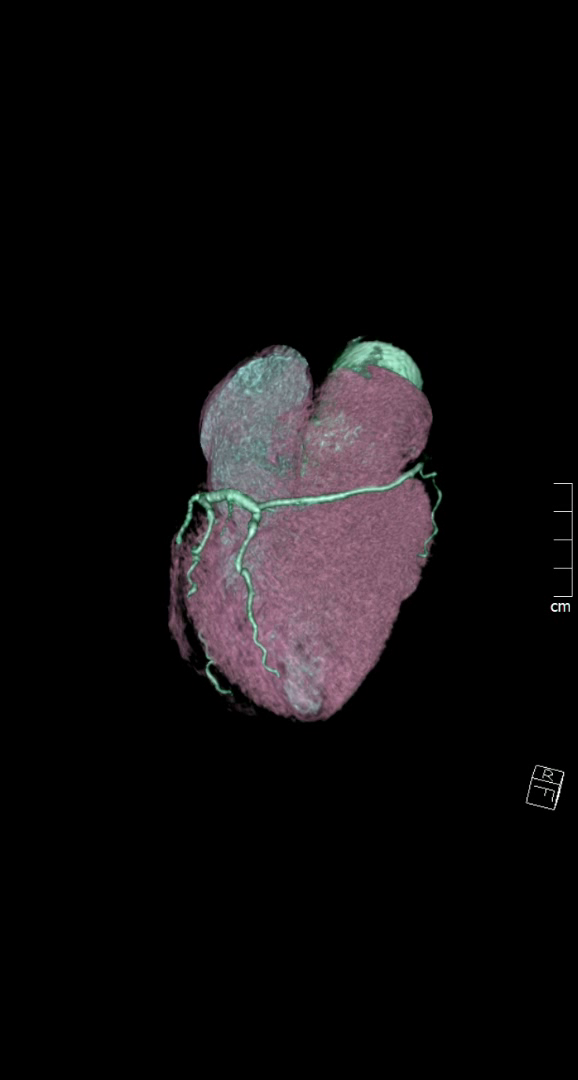 I) What is the mechanism of ischemia in SCA?
1. Slit-like ostium &amp; ostial ridge/ acute-angle takeoff
2. coronary spasm/ hypoplasia/ tortuous anatomy
3. Interarterial course with exercise-related narrowing
4. Intramural course with lateral compression
5. All of above

Single coronary artery (SCA) is described as an anomaly where one coronary artery originates
from a single coronary ostium from aorta and supplies the whole heart. 1 SCA is a rare anomaly
with prevalence of 0.024–0.066% in structurally normal hearts. 2 Using the Lipton classification
of SCA, our case would be best described as a type L-I SCA. 3 Type L-I is usually believed to be
benign type SCA, some malignant types are associated with sudden cardiac death. 3
However by convention, our case may also be argued as not being a single coronary artery,
since RCA had a separate ostium from aorta. Although, it did not give any of its usual branches
and ended shortly after its origin, acting as hypoplastic or atretic. Hypoplastic coronary
however, by definition, is a congenitally underdeveloped coronary with absence of
compensatory collateral vessels. 4 By contrast, in our case RCA territory was supplied by LCx
continuation into the right AV groove.
Alternatively, one may argue it as a hyper-dominant LCx with a vestigial RCA. 5 The
Hyperdominant LCx has been described in literature as supplying the apex in addition to RCA
territory. 5 None of the LAD territory was supplied by LCx in our case however.
The coronaries were free of any plaque or stenosis in our case. The patient was managed
conservatively and had an uneventful course over nine months follow-up. There are case
reports of patients presenting with angina and found to have single coronary system but no
significant atherosclerotic stenosis. 2,6 On the other hand, most case reports with
hyperdominant coronary did have an atherosclerotic stenosis explaining presentation with
angina. 5

1. Both single coronary artery and hyperdominant coronary are rare but can have
important implications in planning treatment.
2. SCA can present with angina or sudden death without coronary stenosis.
3. CTCA giving three dimensional anatomical data and details beyond luminography is
especially useful.