A 76 year old female presented to the emergency department with hypoxic respiratory failure. She had recently commenced first round of chemotherapy for squamous cell lung cancer and 3 months prior to presentation patient had underwent a right lower lobectomy. Other history included ulcerative colitis, raynaud’s and polymyalgia rheumatica.

Due to increasing oxygen requirements and the need for AIRVO the patient was transferred to the intensive care unit (ICU). Computed tomography pulmonary angiogram (CTPA) demonstrated no evidence of pulmonary embolism/consolidation.

Whilst in ICU, it was observed that saturations improved in the supine position; SaO2 when lying supine was 96% on 4 litres and fell rapidly to 84% on sitting up with the same oxygen administration. 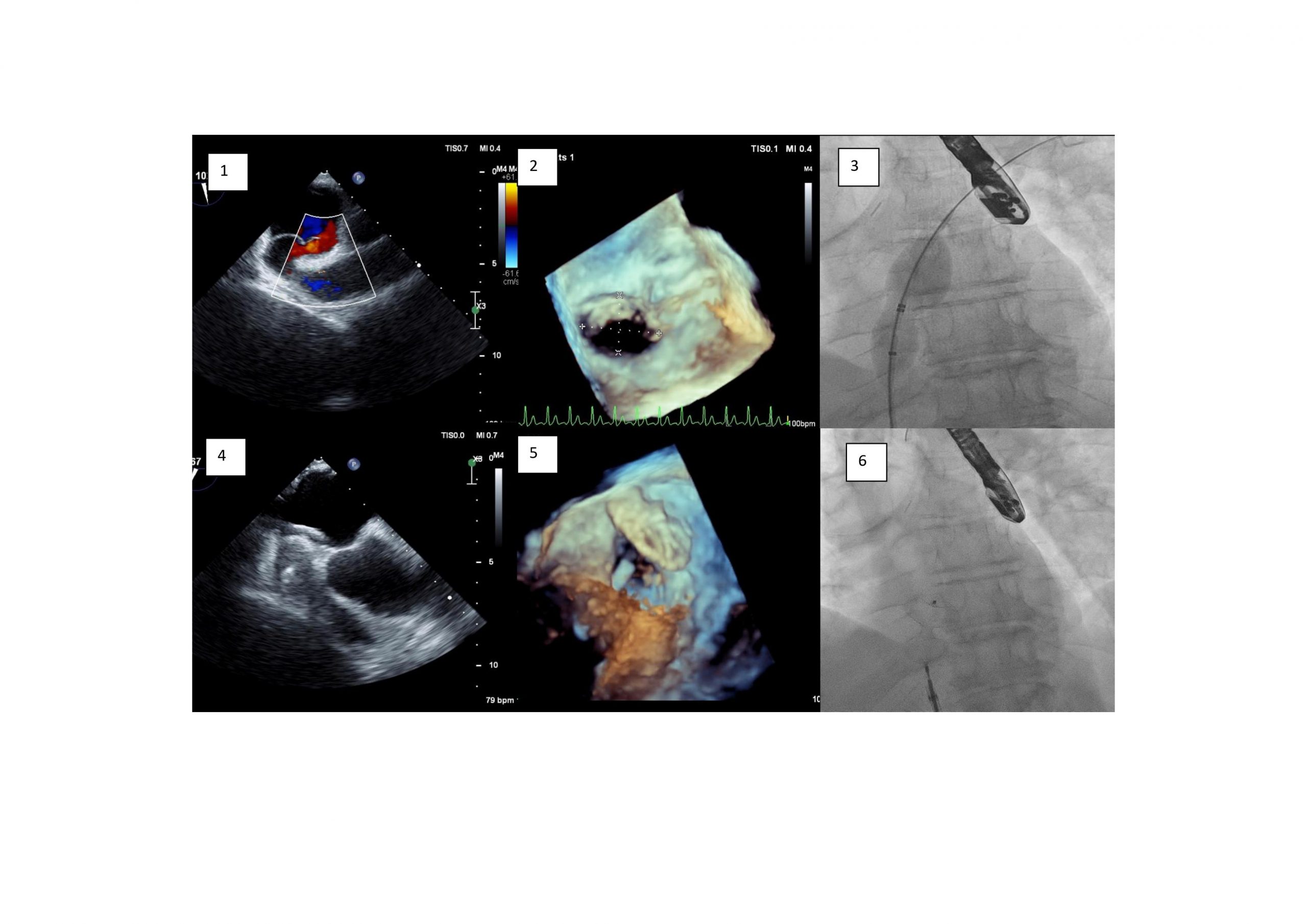 The patient proceeded to catheter closure of atrial septal defect using transoesophageal guidance. A sizing balloon was used to occlude the ASD. Saturations rose to 99%. Subsequently a 14 mm Amplatzer septal occluder was deployed using a 9F Torqvue. This resulted in an improvement in the patient’s saturations eliminating the need for additional oxygen supplementation.

2.  Which of the following statements are true with regards to indication and method of ASD closure?

False: B, E (Percutaneous device closure is recommended as method of choice for secundim ASD when technically suitable, ASD closure is NOT recommended in patient’s with Eisenmenger physiology)

3.  POS can occur in the presence of intra-atrial shunting either via an ASD or patient foramen ovale (PFO). What are the other indications to close a PFO?

European Consensus paper 2018 “Perform percutaneous closure of a PFO in carefully selected patients aged from 18 to 65 years with a confirmed cryptogenic stroke, TIA, or systemic embolism and an estimated high probability of a causal role of the PFO as assessed by clinical, anatomical and imaging features” (!)

The pathogenesis of right-to-left atrial shunting with normal intracardiac pressures persists as an area of discussion 4. The median age of patients with POS is in the 7th decade 3

Interatrial right to left shunting is anticipated in the setting of elevated pulmonary pressures, however in cardiac POS, these pressures are usually normal 5.  Therefore, it appears that both an anatomic and a functional component are both required for this shunting to occur, the functional component facilitating the shunting of deoxygenated blood and cause an inverted direction of flow with orthostatism. 3 Although this is not fully understood.

Debilitating dyspnoea secondary to POS can be successfully relieved by closure of the inter-atrial communication6.

Symptomatic improvement is seen in >95% of patients treated with percutaneous closure 5.